Having been a bookseller for many years and starting off in web design with a book site it was a natural progression to build one of my own, so Books in Scotland was a long standing plan. 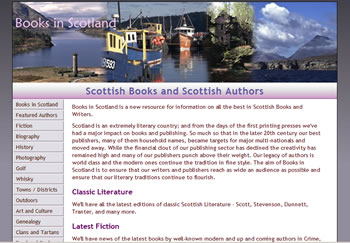 We used PHP and MySQL to construct a flexible structure into which many different subjects and authors could be inserted via a content management system.

Each book title can have a variety of different editions associated with it allowing for hardback, paperback and ebook versions and revised editions where necessary. Books are grouped into subjects such as Scottish History and Scottish Crime Fiction and can be in more than one subject to allow easy categorisation that will be user-friendly. Books can also be viewed by author, such as Christopher Brookmyre or A L Kennedy, and authors can be specially featured.

By building in good search engine optimisation practice from the beginning the site started to achieve rankings just a few weeks after it was first established and has developed these further to a high level despite there being a lot of competition in this sector. Initially an information site it has now had an Amazon affiliate ordering system added to it. 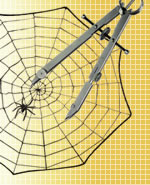