Normally a site is constructed with a high degree of client consultation but this one was somewhat different as it was designed as a surprise birthday present for an old friend and that meant the content had to be developed in isolation. Had I not worked closely with John over many years and developed a deep understanding of his music then it would hardly have been possible to produce an effective representation of his capabilities and style. 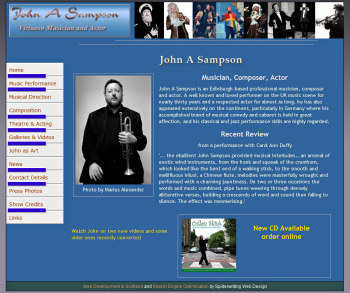 John is a talented and highly individual performer and has a distinctive but multi-faceted style, so the photographs used on the site were the key to presenting a full picture of his capabilities. The available photos were mostly taken under difficult stage lighting conditions so they often required substantial optimisation to maximise detail in shadows and highlights.

A feature of the site is the piano-key navigation menu. It has developed over the years as the capabilities available in CSS have improved. The full site itself has been redesigned on a couple of occasions since it's initial construction. 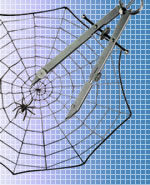